A fun element of our Food Artisan Immersion Program (FAIP) involvement is a monthly excursion with Water Action Volunteers (WAV), a statewide network of citizen-scientist volunteers committed to monitoring as much of Wisconsin’s 86,000+ miles of streams and rivers as possible. Every year volunteers monitor 600 stream locations, and we at FAIP, alongside some Spring Green residents, monitor two to four of those locations each month along Lowery Creek.  Just like FAIP, WAV monitoring runs May through October. It is propelled by the Lowery Creek Watershed Initiative, which, alongside WAV, conducts several other community-organizing events and educational gatherings to lead a long-term restorative effort of this locally prominent body of water. Lowery Creek begins in the springs of the Wyoming country hills, which surround Taliesin.

This past week, five of us began below a bridge just past the old entrance to Taliesin and completed our work at the creek site on local naturalist Mike Degan’s property. We do our work with a simple, standardized kit in a backpack to conduct the processes of measuring the water temperature, streamflow, the transparency of the water, and the amount of dissolved oxygen in the water. We also report the minimum, maximum, and mean daily temperatures calculated from temperature data originally recorded hourly by continuous data loggers.

These measurements will then be inputted online into the WAV databases, where they can be viewed and compared with the stream health of bodies of water across the state. 2019 and 2020 stream data, and other inputs from Iowa County, some from as early as 2012, can be viewed here. 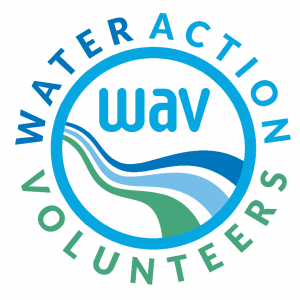 The Lowery Creek Watershed Initiative also independently demonstrates its work specifically in the local area through an interactive map. Layers include topography, land use, vegetation type, soil type, frog breeding sites, actively managed or restored uplands, actively managed streams, cultural sites, water monitoring sites, concentrations of invasive plants, and more. Map layers are updated to include notes on crop history, cultural history, and other aspects of land use and can be viewed below.

This was my second time doing WAV monitoring as a FAIP participant. Spending time outside with residents, sitting by the stream, and making critter identification are some of my favorite activities thus far. We do our best to make our own inferences about changes in water level or distorted water color. The conversation always finds its way to discussing necessary interventions in agricultural practices to reduce waste, largely from cow habitat or pesticide use. Often though, the water reminds us of recreation. This past week, we had a visitor from nearby Otter Creek watershed who spent some time post-survey to give us a display of her fishing lures (she likes fly fishing so much that she has a “pink squirrel” hanging like dice from her car’s overhead mirror). Many of these lures resemble critters that we identify when doing the Biotic Index, which is my favorite part. The Biotic Index is largely a water bug and larvae identifying game in which we catch a bunch of stream stuff in a net, and sort moving, squirming things into ice trays, temporary jail cells, to match their shape to images we have on a sheet.  I feel very much like a makeshift naturalist using plastic spoons and pipettes to catch the macroinvertebrates and gain a lot of confidence correctly naming them (though the Biotic Index is conducted only twice a season, this week the team threw me a bone by taking out the equipment just for fun).

The WAV Biotic Index rates stream quality as good, fair, and poor based upon the types of aquatic macroinvertebrates found in a stream. Because macroinvertebrates that are sampled have large populations, they are fairly easy to sample. Their limited mobility and extended presence in the water means they are exposed continuously to water quality in that stream or river. This is especially true for those that rely upon meeting their oxygen needs by obtaining oxygen that is dissolved in the water (as opposed to breathing atmospheric oxygen). It is those macroinvertebrates that we use to rate water quality using the Biotic Index. Some of these macroinvertebrates can only live in water that has a lot of oxygen. Others can live in water that doesn’t have much oxygen dissolved in it at all. The more organic pollution there is in water, the more oxygen levels in the water will fluctuate, resulting in both higher and lower oxygen levels than normal. Low levels of oxygen can result in the loss of certain macroinvertebrate taxa. The Biotic Index works by assigning different levels of tolerance for pollution to the different kinds of macroinvertebrates. WAV’s Citizen Monitoring Biotic Index separates macroinvertebrates into four pollution tolerance categories: tolerant, semi-tolerant, semi-sensitive, and sensitive. Examples of tolerant, or prevalent, species that we find that are not necessarily living in healthy streams include the bloodworm and the pouch snail (Group 4 organisms). Nonred midge and scuds are considered a bit less tolerant (Group 3), and mayfly and caddisfly larvae would be somewhat sensitive (Group 2). We also keep an eye out for certain aquatic invasive species to help WDNR track their populations as they spread across Wisconsin. These include Asian clams, New Zealand mud snails, and rusty crayfish.

Since becoming interested the last time I worked with WAV in May, I picked up Wisconsin’s Waters: A Confluence of Perspectives at the Spring Green Public Library. The book is one of the resulting outcomes of the Waters of Wisconsin Initiative, begun in 2000 to take stock of the state’s water resources and involve Wisconsin citizens in an informed conversation about their value, protection, and use. The book asserts that Wisconsin land is not only comprised of lots of water and water loves, but it is also rich in water expertise.

Wisconsin is an upstream riparian of the Mississippi River, sharing that resource with many other states. It also shares the Great Lakes with seven other states and two Canadian provinces. These mighty Lakes contain 20% of the world’s fresh surface water supply. While Wisconsin often appears abundant in its water resources, the state is vulnerable to the same water crises happening globally, including population growth, resource consumption, resource abuse, and climate change.  This collection was published in 2003, and comments in several of the works highlight the markings of climate change from the most recent winters. 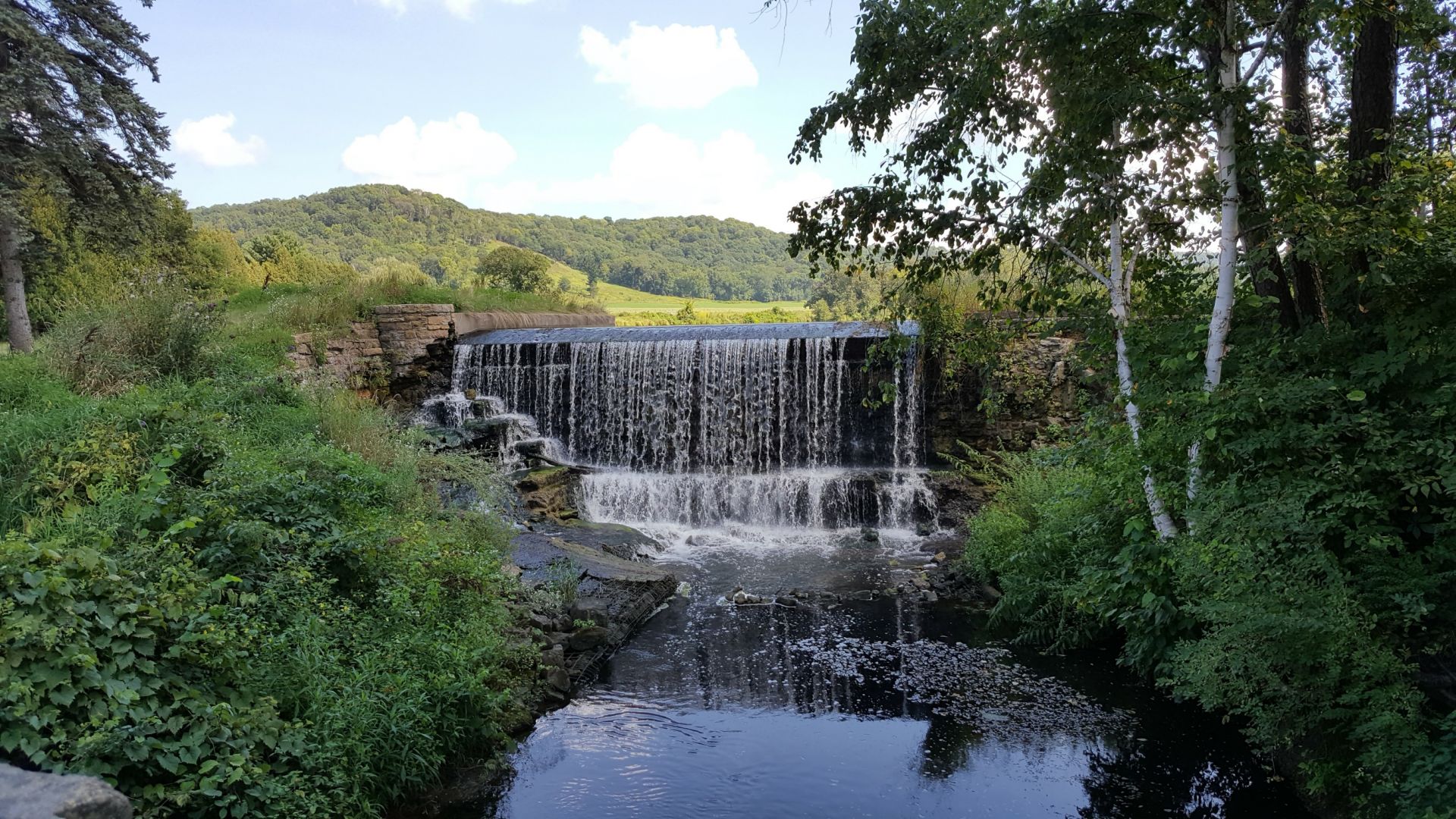 The third report states that Wisconsin experienced an unusual winter in 2002-2003. Although air temperatures were near normal, the amount of snowfall was much below normal, especially in the early winter. That year, there was the shortest duration of ice cover (21 days) on Lake Mendota in south-central Wisconsin in the 148-year historic record of freeze-over and breakup dates (from winter 1855-1856 to present). Lake Mendota, just northeast of us in Wyoming, provided one of the key datasets for analyzing historical changes in ice cover during the 2001 Intergovernmental Panel on Climate Change. The duration has declined at a rate of 1.9 days per decade over the entire time series, and the rate of loss in the most recent twenty years, 16.7 days per decade, is nine times more rapid than over the entire period. The pre-universal Internet article states, “Stories about global and local climate warming are common in our newspapers. In recent years ski-hill operators and ice-fishing shop owners have been complaining about slim winters for their businesses.”

As a resident of this area for only a few seasons, I appreciated how a winter perspective would shift the questions and observations being asked around these waters. At Lowery Creek in January, we may still end our conversation with a tackle box, but perhaps with less enthusiasm.  I’ll continue to beg to be placed on the WAV team each month we go out and, of course, will conduct the survey per the protocol. I’ll also be keeping an eye out for shifts in conversational tones too. The neighbors chatting along the stream gives some extra insight into what is between the lines of the data.