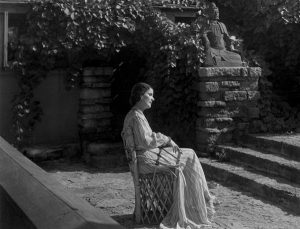 This animated illustration of Taliesin I (before the first fire) was produced by Skyline Ink of Oklahoma in conjuction with Taliesin Preservation staff and architect/architectural historian Sidney Robinson: vimeo.com/279915855

Scroll through this pinboard featuring artwork by Maginel, who went by the name Maginel Wright Enright: pinterest.com/MulberrySang/maginel-wright-enright/

These three reads were penned by members of Wright’s family.

“The Life of Olgivanna Lloyd Wright: From Crna Cora to Taliesin; from Black Mountain to Shining Brow,” compiled and edited by Maxine Fawcett-Yeske, Ph.D. and Bruce Brooks Pfeiffer.
Written by Wright’s widow (“Mrs. Wright”), this gives a unique perspective and tells interesting stories perhaps not previously encountered. Please note that Mrs. Wright was concerned in constructing a narrative of Wright and the Taliesin Fellowship, some of which has been proven inaccurate since her death in 1985. She did give a unique perspective on her first mentor G.I. Gurdjieff and her life working under him, which later influenced her running of the fellowship.

“My Father, Frank Lloyd Wright,” by John Lloyd Wright
John was Wright’s second son, and became an architect in his own right. He presented a view of his father few had seen–charming, loving, funny, and idealistic. This is a fun book with interesting anecdotes. (*In hardcover, the book is entitled, “My Father, Who Is on Earth”.)

“Valley of the God-Almighty Joneses,” by Maginel Wright Barney
This is an enjoyable book written by the youngest of Wright’s two sisters, chronicling many of her (and her brother’s) aunts and uncles in the Valley in which Wright would later build Taliesin. Her writing on their experiences and gives a lot of insight into what the early Lloyd Joneses were like. They also certainly earned the title of “the God Almighty Joneses” as they were known in the area.
(*Currently out of print, this book can be found in libraries or used book retailers.)