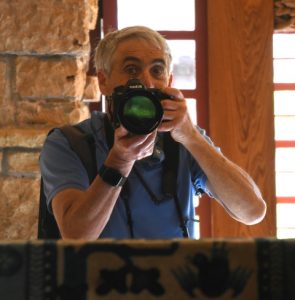 Written and Photographed by Mark Hertzberg

Each of us sees and experiences Frank Lloyd Wright’s work in a personal way. I have told people that one of the pleasures of experiencing Wright’s work is to try to see new things on each visit to a familiar place. Some people analyze his spatial relationships. Others marvel at his design aesthetic. I explore Wright’s creations with my cameras.

While I have been to the SC Johnson campus and to Taliesin numerous times, for example, I look for an “ah-hah” moment in the familiar on each visit. One cannot force a picture. If I look too hard, it won’t happen. Sometimes I find myself looking at the same wall or same window I have seen dozens of times before, then suddenly smiling, I lift the camera to my eye and press the shutter.

A photographer’s path of discovery is different than Wright’s as an architect, once described as “compression and release.” For renowned American photographer Pedro Guerrero, it was what we all experienced in the pre-digital area. His composition was studied by looking at the image on the ground glass of his view camera mounted on a tripod before taking his picture on a single sheet of film. Then it was into the darkroom, which periodically, is only lit by a red safelight. Confirmation of success (or failure) was then confirmed by viewing the negatives on a light table after processing the film. Next prints would be made and pictures cropped under the enlarger in order to watch the magic of an image appearing in 90 seconds in the developer tray. The final two components—stop bath and fixer—would need to be complete before the darkroom lights would be switched on.

This antiquated progression is a stark contrast to the instant feedback photographers have today via images on smartphones or the back of the camera. The computer is our “darkroom.” My personal process involves an initial edit via a digital contact sheet. And I still adhere to the ethics code I wrote in the1990s for the newspaper I worked for, refusing to manipulate photos beyond what once would have been done in a chemical darkroom: I crop and may open up the mid-tones, but leave the color or content of the image unaltered.

In an alternate capacity, Wright was also an enthusiastic photographer—as evident in his photo album of his 1905 trip to Japan. One can only guess if still alive today what his perspective would be on modern photography in addition to the hundreds of thousands of photographs taken of his work annually by Wright enthusiasts such as me. 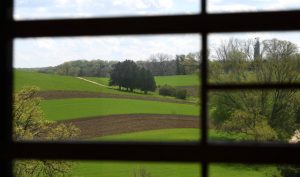